Latest News
Home /Blog/“You have been with the Galilean”

Archbishop Fulton J Sheen was a true instrument of the Holy Spirit in touching the hearts of countless people through his night-time radio program ‘The Catholic Hour’ on NBC (1930–1950), before moving to television and presenting ‘Life Is Worth Living’ (1952–1957).  Due to his contribution to televised preaching, Sheen is often referred to as one of the first televangelists. His students, his parishioners, and his worldwide audience would ask him about ways to pray and about his favourite prayers.

He says that prayer is the great treasure-house of energy for the soul. If we lose contact with this Energy, we lose peace and happiness in our hearts and in the world. Prayer is the “Heart speaks to hearts” moments. “Draw near to God, and He will draw near to you” (James 4:8). Prayer is to have the gaze of Jesus (Acts7:55). It is only through prayer that we will change the world for Christ. “I do not want my life to be mine. I want it to be Christ’s.” He had cultivated an intimate prayer life with Christ. Prayer is placing ourselves in the environment of Divine Light. All kinds of Divine energies are floating throughout the world; when we are not wheeled to “tune in”, we miss it.

Prayer is helplessness casting itself on Power,
infirmity leaning on Strength,
misery reaching to Mercy,
and a prisoner clamouring for Relief.”

God, like every loving parent, often denies us those things which in the end would prove harmful to us. Someday we will thank God not only for what God gave us, but also for that which God refused. Unless there is a Good Friday in your life, there can be no Easter Sunday.

Sheen compares our prayer life to the painting by William Holman Hunt (Rev.3:20). The door in the painting has no handle outside, and can therefore be opened only from the inside. The handle of the door of our heart is similarly on the “inside”. When the Lord stands and knocks at the door of our heart, the responsibility lies within us to open the door, allowing Him to enter, stay and energise our soul.

The world today needs saints like the women and men who would not hide themselves in the desert, or cloister or sanctuary, except for the early hours of the morning and late hours of the night; their reputation would be such that the others would say of them, as the girl said to Peter: “You have been with the Galilean.” 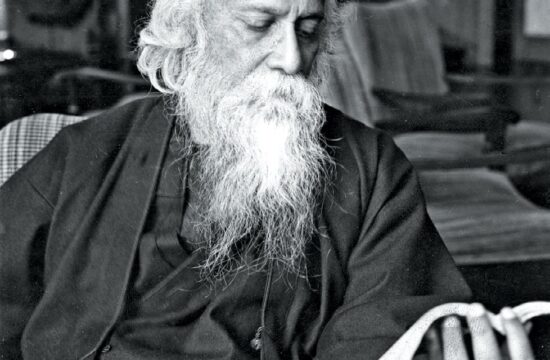 I Have Come to Thee,…