When the first group of 18 Gujaratis was baptized on 11th December 1893, the Spanish Jesuits had not yet arrived in Gujarat.  The first Spanish Jesuit, Fr. Grau, reached Gujarat in 1921, exactly 28 years after the Gujarat Catholic Church was founded by a Bombay Archdiocesan Priest Manuel Gomes, and expanded into 5 Parishes by German and Swiss Jesuits.  On account of the World War I from 1914 to 1918, the German Jesuits had to flee Gujarat.  Jesuit Superior General Fr. Ledochowsky assigned American Jesuits to replenish the priest vacancy in Gujarat, but they were denied visas due to their German and Irish surnames.  As an alternative, the General invited the Spanish Jesuits to shift from the Philippines to Gujarat, and the American Jesuits to occupy the Philippines.  Thus, the first Spanish Jesuit, Fr. Grau, landed in Gujarat on 10th December 1921 and finally the last Spanish Jesuit, Fr. Castiella, on 8th February 1966.  From the 118 Jesuits who arrived between 1921 and 1966, only 10 of them survive after a century. 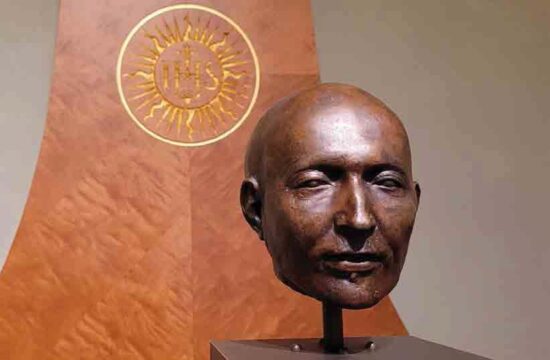