I had joined the novitiate in Ahmedabad a bit late – in October, hence ended between two batches. So instead of starting the Juniorate in the middle of the year, they sent me to a rural parish till June of the next year.

I was all excited about going there, as it was in the tribal belt, amidst the forests of South Gujarat of which we had heard so much of. There was a bit of anxiety though, but I was assured, however, that everything would be well, as there were Fathers there whom I could rely upon.

Dediapada was one of the upbeat mission stations with a promising tribal community. There was a boarding school with 75 boys who attended the local government school. My job was to supervise the boys’ studies, organize the kitchen, supervise the games, attend to the sick boys and a whole lot of other things.

Everything started off well, with the studies, sports, music, walks, etc. But slowly my inadequacy popped its head up and I realized that my language was not enough, my understanding of the culture was very limited, my impatience and temper needed to be controlled, and I had to stop comparisons and expectations of the boys, with boys from my culture. I couldn’t cope up with being a father, a mother, a nurse, a consoler, an electrician etc., all in one.  And this made me feel that I was a failure; a total failure.

I still remember my first sleepless night, worrying. And the next and the next. I dreaded the mornings because that was the time I had to first meet the boys; and I had to be with them till they went off to school. After I saw the last boy off, I would go to my room and relax and catch up with all the lost sleep of the night before. When I awoke, another worry came about me, wondering what the other Fathers would be thinking of me.

So sad was my state, that I concluded that I had made a big mistake in my decision of joining the priesthood. I had envisaged priesthood as sacraments and church. I had heard of mission life being tough but had not experienced it; and this seemed to be it. I went about quite sad and depressed. I thought that I should return home and try something else. And added to this, came the thought of what my mother would think.

This went on for nearly a month. I was spending longer hours in the chapel. “Oh God, help me!”

And He did. One day at Mass, the reading was from St. Paul’s letter to the Romans who explained that God’s Grace is always available, but each had to work along with God to attain his salvation. The priest added that every difficulty has a purpose, and difficulties are put before us to be solved, and are stepping stones to salvation.

I remembered the millions of athletes who did not make it because they were not ready to work hard enough; the number of young people who did not attain their goals because they preferred the easy way out. I was like these; with an opportunity and not ready to push it forward. And then I remembered the few who reached the top, because, while others frolicked, they slogged. That’s what I should be.

I did pray over this and concluded that it was God answering my call for help. I worked on my language, began to control my impatience and temper. I began to appreciate the local culture so that I didn’t have to compare anybody with anybody. And I took every difficulty as a challenge to spread God’s Glory.

Things began to change. What God had done for Ignatius, He did for me.

This was my cannonball moment: a rather small cannonball you may think. I have had two other cannonballs fired at me in the form of serious accidents, both of which people thought I would not survive, but it was this little canon ball that got me on the knee and has taught me to heal my wounds, and to face my difficulties – all for His greater glory.

If reading this, helps you to discover your hidden cannonball moment, praised be God!

Today I understand that priesthood is not just sacraments. A priest has got to be a mother, a father, a doctor, a nurse, a counselor, a mechanic, an accountant, a nutritionist, a cook etc.,   and also a priest.

Difficulties keep coming. Let them come. I will remember my little canon ball and along with my Lord, I’ll send them over the boundary for a six!

The author is a staff at the Common Juniorate of the Western Zone, Vinayalaya- Mumbai. 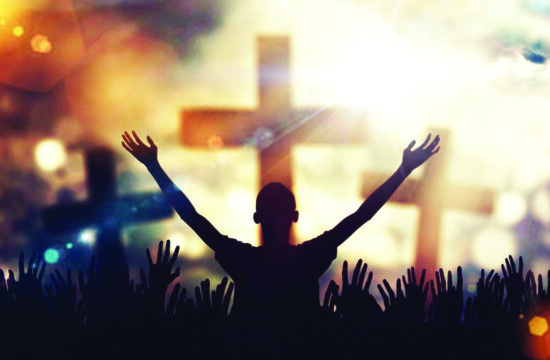 A Tool in the Hands… What is your Goal and… The Sun of Abba From Storm to Stillness The Father is very fond… Finding my True Self