In the conversation, Ayatollah Mahdavipour reminded his Christian dialogue partners of Pope Francis’s historic meeting with the Grand Ayatollah Ali al-Sistani during his historic visit to Najaf (March 2021). He pointed out that the meeting between the Pope and the Grand Ayatollah teaches us that we must cultivate mutual respect and enter into dialogue with prudence. “Shia Muslims and Catholic Christians must seek to sustain and develop dialogue and conversation between these two traditions from our foundations”, said Dr. Ali Rabbani. “We must take initiatives to understand one another’s faith traditions, whilst maintaining theological integrity of these two respective traditions”, pointed out Dr. Syed Alizadeh Musavi.  “We must find common grounds” for any serious dialogue, was the emphasis of the conversation.

On the occasion, Victor Edwin pointed out that, in the past, Jesuit Father Victor Courtois (d. 1960) had successfully explored Catholic-Shia relations in India. Fr Courtois was an active member of the Iran Society, Calcutta and he did much for this association, even becoming its Secretary and Vice- President. He edited and published two learned works on Al-Biruni and Avicenna on behalf of the Iran Society, Calcutta. The Iran Government presented him with a Silver Medal in 1959, in appreciation of his services in promoting Indo-Iranian cultural relations. On the occasion, Victor Edwin presented his little volume on ‘A New Spirit in Christian-Muslim Relations in India: Three Jesuit Pioneers to the Iranian dignitaries’. 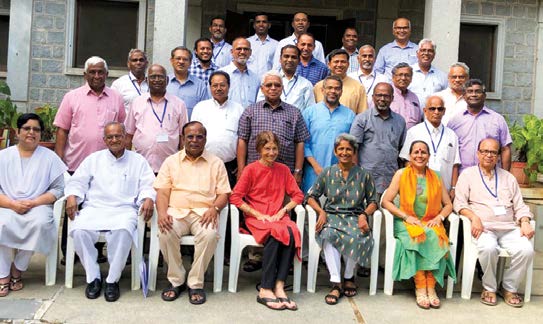 Jesuit elected as President of… Jesuits in Science meet in…