Tamil Nadu AICUF State Team with 10 energetic and socially motivated young AICUFers and 9 Deacons of CEN and MDU Jesuit Provinces (from 22nd April onwards) travelled all over Tamil Nadu from Chennai to Kanyakumari, performing street play campaign on the Indian Constitution and its Values – “To know Indian Constitution and to announce it” from 31st March to 29th April 2022. We had the inauguration at Loyola Boys’ Hostel, Chennai, on 31st March. Prof Bernard D’Samy gave the inaugural speech. The final performance was held on 29th April 2022 at Madonna Arts and Science College, Madurai. Advocate Henry Tiphange – eminent Ex Aicufer – along with his wife who is also an Ex AICUFer, Fr Santhanam SJ, Advocate, were the resource persons for the event.

The team covered almost all the districts of the state and performed in 112 stages reaching out to nearly 1 lakh people. During day time we gave awareness among School and College students, and in the evenings we reached out to villages and parishes. We also distributed book marks, handbills and wall posters. We could realize the ignorance of the Indian Constitution among people and the urgent need to uphold our constitutional values from the fundamentalist groups. It was organized by TN AICUF and Youth Commission of Chennai and Madurai Jesuit Province in collaboration with other commissions. The Tamil Nadu AICUF is grateful to Fr Provincial and his Team, for the fullest support and encouragement. We are very much hopeful to see social transformation through all the 10 Youth and 9 Deacons who travelled in the hot summer, accommodating all inconveniences for the sake of the people of our Nation. Let us spread the values of the Indian Constitution in our communities and ministry places.

Jesuit Brothers from World Over…

Fr. Ignacimuthu, SJ, as the…

Flood fury: Response of the… 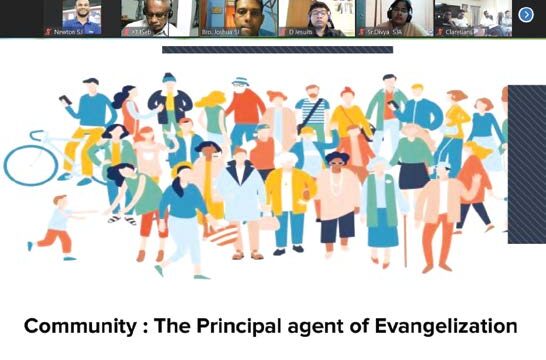