Birth and death are not in our hands. They happen at the Lord’s appointed time. On 7thAugust at 3:10 in the afternoon, God bade Fr. C.J. John to commend his spirit in His hands and transferred him from darkness to perpetual light, unreal to real, and mortality to immortality. He was born into a traditional Catholic agrarian family in Kalloorkad of Ernakulam District, Kerala, on 25th May 1949. He is the fifth among nine siblings. He entered the Society on 8th  May 1965, and served the Society for 56 years in various capacities. He was a History Professor. He did yeoman service in the capacity of Principal to all the three university colleges in Andhra Province. He was a well-known disciplinarian and believed in excellence through discipline, punctuality and hard work. He wanted Jesuits to be eminent in the intellectual apostolate and enthused them to be of intellectual caliber, like some of the great stalwarts whom he always quoted.

His devotion to the Eucharist remained as the center of his Spirituality. His fidelity to the Lord manifested itself in his spiritual exercises, such as daily Mass, rosary, meditation, examen and so forth. His life was simple. His obedience to his superiors was remarkable. He went to places where he was sent and assumed the tasks which were assigned, despite his likes and dislikes. His life was a creative synthesis of opposites in fruitful harmony.

C.J. John wanted to be recognized and appreciated by the Jesuits, but God did so by granting him “the Kingdom that was prepared for him since the foundation of the world”. Though Fr. C.J. John is no more with us physically, we believe that he is enjoying his heavenly bliss in the company of angels and saints, in the presence of the Triune God. 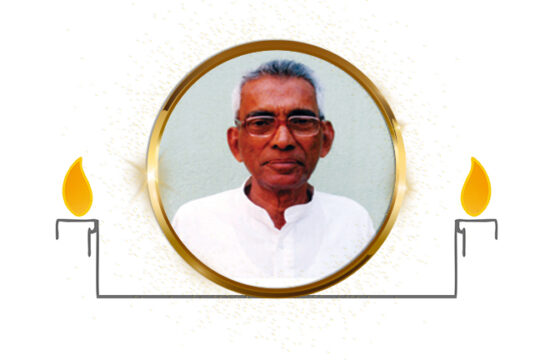