In 2003, she was a simple girl, the eldest among seven, from a rural village—Kezoma. When children her age were dreaming of education, she specialised in sibling management. She couldn’t afford to dream, given her family’s dire situation. But did she want to dream? Yes. That is when she met Fr. Raymond D’ Souza SJ at Eden Garden*. In the years to come, he would become her mentor and inspiration to be a collaborator in the mission of the Jesuits.

When asked why she returned to Eden Garden as a teacher, her answer was simple, “Jesuits accompanied me throughout my life. I wish to do the same for others, especially children deprived of parental love and affection. Remember, I specialised in ‘sibling management’, ha ha ha. Jesuits moulded me for eight years, giving me a glimpse of what the world could be if only we could celebrate the diversity and love in the world. I found great inspiration in Fr Raymond, who spoke less and did acts of love, silently becoming a household name in the Southern Angami Community.

Moreover, the Jesuits who shared our life and offered hope to many like me, stole my heart. I fell in love with their mission. It will be 2023, and I am still the same simple girl, the eldest among seven, and from a remote village in Kohima. But today, I, Dziivingole Victoria Mekro, dare to dream. I dream of a world where every child is loved and accompanied into becoming a fine human being. And who better than Jesuits to work with, in realising this dream J.”

It was Jesus’ mission that inspired the disciples to join Him. Like today’s youth, the disciples Jesus called were a mixed bag: Peter, a master fisherman who was arrogant and deep in debt; Matthew, a math freak but ostracised from his community; James and John, creative but insecure etc. They were good and ordinary but also callow, impulsive and wayward. One denied, the other betrayed, and all except one, abandoned Jesus. But with this lot of bickering individuals, Jesus initiated the most significant revolution on earth. Jesus’ mission kept these disciples together until the end (except for one).

Similarly, it is our mission that needs to inspire the youth. A prerequisite to accompanying the youth is to be convinced of our mission— nurturing a world based on Gospel values. If we passionately embrace and live our mission, many flowers like Dziivi will bloom, transforming this world into the Garden of Eden.

*(Eden Garden is a children’s home founded by the Kohima Jesuits in 1979. It mainly caters to children from impoverished backgrounds—many of them orphans.)

The author is Professor of Philosophy at Satya Nilayam, Chennai, and currently pursuing Doctoral studies at XIM University, Bhubaneswar. 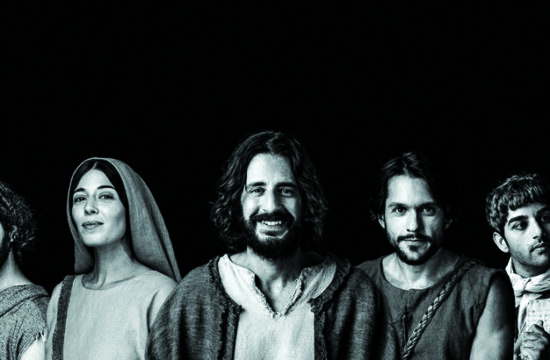